For the second time, field measurements were carried out successfully in the sinkhole area of Ghor Haditha, Jordan, in the framework of WP1 of DESERVE from 12th to 26th October 2014. German scientists from the German Research Centre for Geosciences, GFZ (Potsdam) and the Leibniz Institute for Applied Geophysics, LIAG (Hannover) as well as Jordanian partners from the Natural Resources Authority, NRA (Amman), part of the Jordanian Ministry of Energy and Mineral Resources, performed a collaborative joint fieldwork at the South-Eastern part of the Dead Sea.

During the two weeks, geophysical methods were applied to assess the subsurface structure of the sinkhole affected areas via S-wave reflection Seismics and Georadar studies. Several seismic profiles of the survey in 2013 could be repeated and extended and additional new profiles were measured. The aim of the repeated lines is to observe changes in time of the subsurface structures up to depths of 300 m as the area is evolving on a highly dynamic and rapid scale. The Georadar, with antennas of 50 and 100 Mhz, was used to complete the studies in the superficial subsurface along several profiles. Additionally a subsided area with a cavity expected beneath and possible future sinkhole development was surveyed in 3D.

For assessing sinkhole distribution, structural features and local land forming and hydrological conditions an aerial survey with a Helikite Balloon was performed in both the alluvium fan deposit areas and farmlands as well as on the mudflats recently abandoned by the Dead Sea water. For this purpose marker points had to be set up in the whole area and measured with a high precision differential GPS. High quality impressive images from 150 m altitude could be obtained by this method. A digital elevation model will be developed with the help of this data. Changes in the area will be documented in future using drone and further balloon surveys.

At the end of this highly productive fieldwork the German partners were able to attend a conference on geophysical techniques and visit the institution of NRA in Amman. Thanks to all people involved that made this fieldwork a great success! 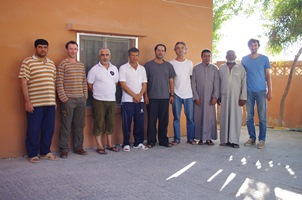 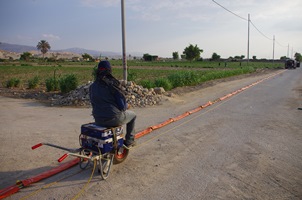 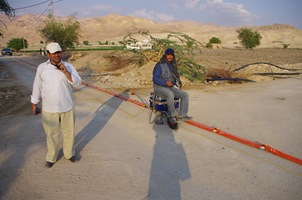 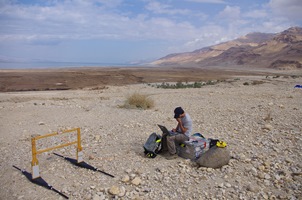 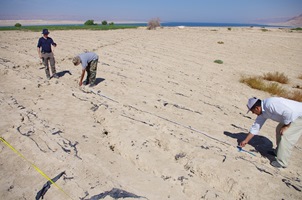 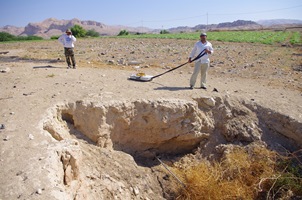 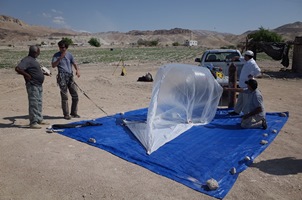 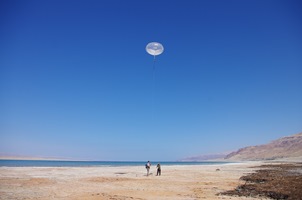 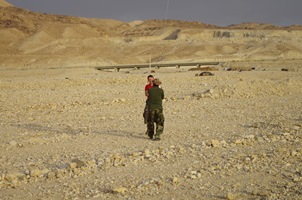 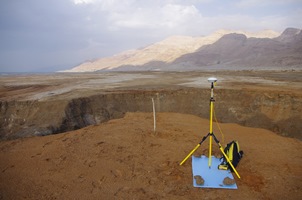 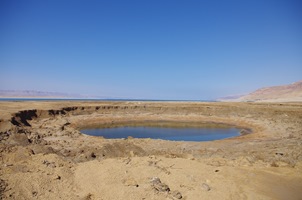 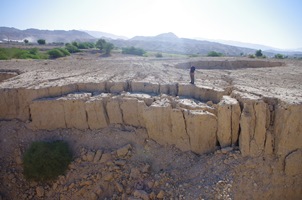 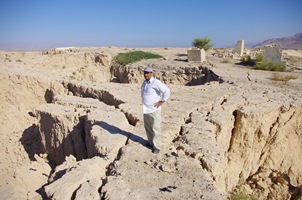 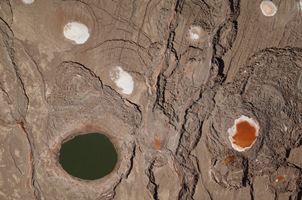 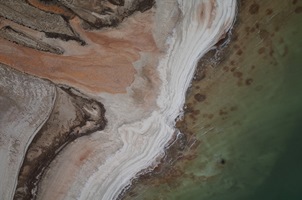