In the week from August 15th-19th, two panoramic camera surveys have been conducted in Jordan for seismic exposure modeling within the framework of the DESERVE project. The Jordan Seismological Observatory jointly with the German Research Centre for Geosciences, Potsdam collected omni-directional images of thousands of buildings in the towns of Madaba and Al-Karak using the GFZ MoMa (Mobile Mapping) system, developed by the GFZ´s Centre for Early Warning Systems. The surveys were successfully conducted with the strong support of the local municipalities, and the collected information will be further analyzed and processed by local structural engineers and seismologist to gain a better understanding of the seismic vulnerability of the residential building stock in Jordan. 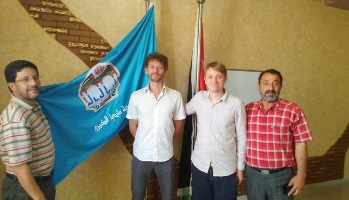 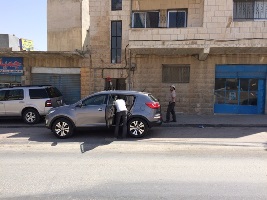 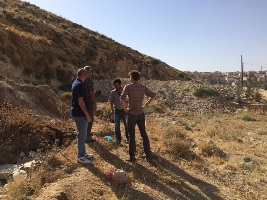 The surveys carried out in Jordan could only be realized through the great commitment of Al-Quaryouti M., Ashour A., Daoud N., Haas M., Pittore M., Sarayrah A. as well as Sawarieh A. and are part of a broader set of activities aimed at obtaining a more detailed picture of the extent and spatial distribution of seismic risk in both cities (WP5).
Further MOMA surveys are planned for Palestine and Israel in the forthcoming months.