In cooperation with local partners, a network of meteorological stations is established around the Dead Sea in Israel, Palestine and Jordan. Up to seven stations record data on the current weather conditions and on evaporation in the Dead Sea region.

In October 2015, the EBS Kane was moved by members of the IMK-TRO at KIT to a dike within the evaporation ponds near Ein Boqeq. The aim is to get information on evaporation from different water surfaces (open Dead Sea water vs. evaporation ponds) under different weather conditions. As all stations are equally equipped a comparison of pan to lake evaporation is also possible. 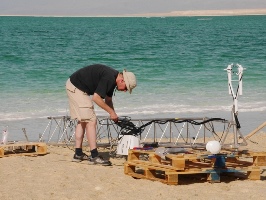 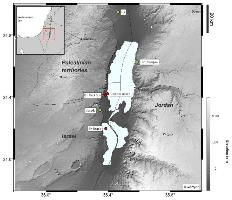 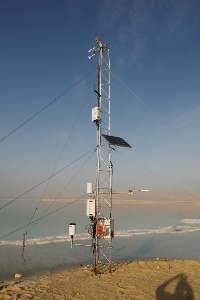