The final four omni-directional camera surveys, using the GFZ MoMa (Mobile Mapping) system, have been completed within the week from 26th June - 1st July in Israel and Palestine. With the great support of Jalal al Dabeek, Wala Ajaj and Ayman Mohsen from the An-Najah National University and Safaa Aldwaik and Husam Jada from the municipality of Ramallah, two surveys in Nablus and Ramallah were conducted taking over 130,000 geocoded panoramic images of the building stock.

With the great support of Tsafrir Levi and Jakob Rafael from the Geological Survey of Israel, we completed two campaigns in the cities of Eilat and Tiberias, where more than 90,000 images were collected. T. Levi introduced us to the geological situation and features around Eilat and Tiberias during short field excursions.

The collected data will now be analyzed with the help of local engineers using a web-application, recently developed at the German Research Centre for Geosciences, Potsdam for crowd sourced exposure modeling. The obtained information will be used to estimate the seismic risk in all locations selected within the DESERVE project: Eilat, Kerak, Madaba, Nablus, Ramallah, and Tiberias. 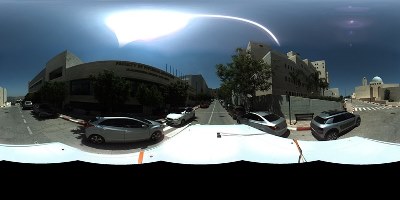 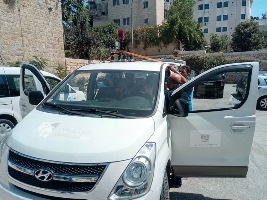 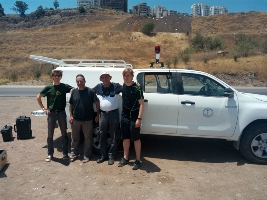 Thanks a lot to all people who devoted their time to this cross boarder campaign, also to Ali Sawarieh and Mahmoud al-Qaryouti from the Ministry of Energy and Mineral Resources in Jordan (surveys in Madaba and Kerak, August 2015), and all who made it possible to gather data for all three adjacent territories, acknowledging the fact that an earthquake doesn't ask for the passport.