In 1995, the magnitude 7.3 earthquake in the Gulf of Aqaba reminded of previous strong devastating earthquakes in the Dead Sea fault area. One of the last moderate earthquakes was the magnitude 6.2 event in 1927 near Jericho which caused over 200 casualties.

For seismic risk mitigation and management, a modern seismic risk assessment of certain earthquake scenarios is required. This is currently lacking in the Dead Sea region.

In the seismic risk assessment, the seismic vulnerability will be estimated. Apart from socio-economic data, expert knowledge and legacy information, as well as remotely sensed and ground-based images providing building stock information will be incorporated. During the past 50 years, the rapid growth of many towns in the area, coupled with the increasing concentration of population and economic assets, led to an increase in the seismic vulnerability of the region.

On the other hand, the seismic hazard will be estimated. This will be done by integrating various databases from the region with new seismic monitoring techniques. In particular, the physical understanding of the evolution of strain, stress, and seismicity can serve as the basis for future hazard assessment.

In order to foster the spread of project findings among the scientific community of the Dead Sea region, the results of the seismic risk assessment will be made available in the form of leading-edge GIS techniques and spatial database capabilities in an open-source, freely distributable environment. 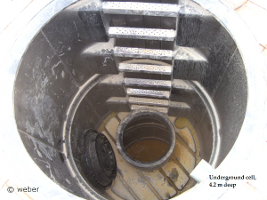 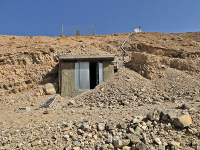 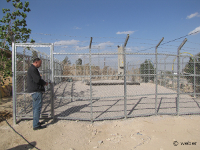 Paleo-reconstruction of the Dead Sea History

The climate in the Dead Sea region has changed dramatically during the past millennia. The reasons and possible environmental as well as anthropogenic impacts are poorly understood. The long-term reconstruction of extreme environmental events such as earthquakes, floods, and droughts is possible due to core samples of lake sediments. Recently, the most continuous of all cores was collected at the middle of the lake in the framework of the Integrated Continental Drilling Program (ICDP). The core can serve as an archive of more than 100 millennia of Dead Sea history.

DESERVE will identify earthquakes, floods, and droughts in the sedimentary layers of the core. The identified events will be dated by isotope analysis, and an approach to estimating event magnitudes will be developed. The long-term archive of environmental events may serve as a reference time line for seismology, climate research, and flood hydrology. To reinforce the findings on event timing and magnitude, the respective data will be compared against archaeological findings, historical archives, and recent measurement data. Furthermore, such a record will shed light on the mutual couplings between climatic forcing, hydrological anomalies, and large earthquakes as aspired in WP3.

Additionally, the work package will study how the human species has been affected and has influenced the environmental changes recorded in the ICDP core. Comparing the extended hydro-climatic archive with the archaeological record of population and settlement dynamics might indicate recurring patterns and inspire close collaboration with pre-historians.

Besides earthquakes, floods, and droughts, the pre-historic occurrences of sinkhole formation (WP1) will be addressed. Preliminary inspection of outcrop geology suggests that such events had occurred at least twice, respectively seventy and four millennia ago. Biblical description of humans swallowed by sinkholes might have been inspired by such natural calamities.